If the author of the book Madinat Taiz al-Ghosn al-Nadhir fi Doha al-Tarikh al-Arabi (The City of Taiz: A Mild Branch in The Tree of Arabic History, published by Aden Litiba’h wa al-Nashr, 2007) had stayed on earth a few years longer, there is no doubt he would have lived to tell another tale about the city of Taiz, especially the Old City. The Old City and its surrounding walls, gates, views and recreational areas. Mohammed bin Mohammed al-Mujahid (1952–2001) was an admirer of archaeological sites, a historian and storyteller. One wonders if today’s students at schools and universities are aware of him?

Al-Mujahid was the son of the city that was once the capital of the Sulayhid dynasty and later the Rasulid’s, whose rule extended from 1229–1454. This was the dynasty that enchanted the writer as he wandered between its minarets and ornaments, through its markets and palaces, and read the tales of its rulers that fascinated the world. Much of the city’s history was chronicled in Madinat Taiz al-Ghosn al-Nadhir fi Doha al-Tarikh al-Arabi. Muhammad carries us through the country swiftly but vigilantly, with an eye for all that is rare and beautiful.

Every day he would have new ideas, practical solutions for people, sidewalks and streets. He reimagined the city’s gardens and public spaces, which were obliterated by high-rise buildings that obscured much of the city’s beauty. Every day he fought new battles against all that is ugly. When witnessing a disturbing phenomenon, he was incapable of staying silent. He could not comprehend seeing a problem without alerting those around him and offering advice and guidance, and believed this was his moral duty.

When I sit down to write about him, I find that whenever I try to escape a personal narrative, I am drawn back once again to the noble character of the author. Perhaps I am searching for a writing form that helps depict his admirable personality, both in its simplicity and brilliance. I believe it is necessary to dive into his character in order to understand the deep feelings he carried for the land he once lived on, now filled with innocent blood. Today, ruthless warring parties forget the civil body that a generation of free thinkers tried to preserve and cherished as sacred. Al-Mujahid was haunted by the promising history. He spoke and moved in the spirit of perseverance, filled with an integrity and compassion that he carried in his body and soul as he moved through the city. He had painted a perfect image in his mind of the ancient city of Taiz.

After writing Madinat Taiz al-Ghosn al-Nadhir fi Doha al-Tarikh al-Arabi, he felt that he had completed his literary mission, yet it seemed as if there was an implicit and unspoken commitment to convert that knowledge into action. The book had to be translated into practice. Shortly afterwards, he met with city committees and council members and convinced them of his vision of the restoration of the Old City as it was in the past, and that, besides faith and hard work, it would not cost much. Indeed, the late author mobilized all his material and intellectual resources. Before he passed away, he had accompanied engineers and contractors to al-Sirajiya Castle. I remember that the equipment and machinery had already arrived on site, and restoration work was about to begin in the castle and the surrounding wall that would extend to the Citadel of Cairo. It was meant to be the beginning of a long restoration process, followed by the great Wall of Taiz, whose ornate gates and intersecting ribs would be restored to their past forms, but with a new spirit – as he often said.

I am writing this today out of sense of responsibility that calls for illuminating the promising times I was witness to. I also write under the urgency of memory in the face of the oblivion that awaits the new generation, which is surrounded by the tragedy of conflict.

In 1992, I was fortunate to meet Mohammed Naji Ahmed, a fellow critic, who introduced me to the late Mohammed al-Mujahid. The two had met at the branch of the Yemeni Writers Union, located opposite a tourism agency run by Ahmed in al-Ashraf neighborhood. I noticed then that one of the profound aspects of the man’s personality – in addition to his high morals – was his deep belief that beauty exists within the streets, as al-Jahiz once said. He believed that the beauty that surrounds his city needs only a keen eye to be unearthed.

On the day we met, he drew my attention to the beauty of the Old City and talked about it in detail. He told me about the architectural value of both al-Muzaffar and al-Ashrafieh Mosques, as well as Madrasa al-Ma’atabieh. Filled with thoughtful anecdotes, he described the history of al-Husseinieh dome and the dome of the Sufi poet and thinker Abd al-Hadi al-Sudi. Sadly, the latter was turned into rubble two years ago. If al-Mujahid had lived to witness what had happened, he would have died from grief. Throughout his life he would always say that he was proud to live next to the largest and most important dome in the Republic of Yemen.

When we walked through the city, he would stretch his imagination, mixing his fantasy of ancient people’s lives, clothing and daily rhythms, with the still standing ornate minarets, domes and castles; all while surrounded by folk music that could be heard every now and then. Every time we met we would talk about the same subject, but from a new angle. For example, the ornaments covering the domes and interior spaces became more glossy and ornate as decades passed. The cornices were carefully designed so as not to distract the worshippers. Al-Mujahid believed that, in the making of these buildings, the material, the abstract, the earthly and the transcendent were embraced without dissonance. To him the city was a great museum and he would boast of the fact that he lived and traveled daily through its beauty. Whenever he had the chance to talk about Taiz, which was often, his eyes would sparkle and his face would glow. He talked about landmarks, as if he were talking about his children, listing the qualities of each beloved child.

If you ever happen to meet al-Mujahid in the afterlife, he will tell you about Taiz and its gates that were destroyed – the gates that now hold little of their once ancient features. He will lead you to places, domes, mosques, madrasas and castles, whose features have shattered and disappeared, and are saturated with death. Still he is not defeated, and continues to dream of restoring everything as it once was. He will also recall a similarity between this landmark and another in Egypt, Morocco or other neighboring places that occupy his imagination and mind.

Al-Mujahid held many positions before he passed away in a tragic traffic accident. The most prominent of these was his position as Director General of the Tourism Office in Taiz. This means that the man I am telling you about knew his civic duty and earned it with merit. He accompanied the city’s mornings in their race towards the future, and shared the dreams and hopes of people, and thought out loud together with them.

During this last decade, every once in a while I look out of al-Ikhwa Hotel facing the Old City. I find myself witness to the dream of al-Mujahid to restore the wall of Taiz and its gates. I can see the white city in its full splendor, full of tourists, visitors and lovers. Its windows radiate rays of light and joy, and its minarets echo the sound of a bright future.

I would like to end with a wish and a request that I extend to his friends and readers: to work towards publishing the remainder of his writings, books and short stories, as well as his intimate reflections, which he published throughout the years in a dedicated column in Al-Jumhuriya newspaper.

Mohammed Abdul Wakeel Jazem is a researcher at the Yemeni Center for Studies and Research. He received his Masters in Literary Criticism from Sidi Mohamed Ben Abdellah University in Morocco. Currently he is a PhD researcher at the Academy of Fine Arts in Cairo. Jazem is the author of a number of short stories, novels and works of literary criticism. 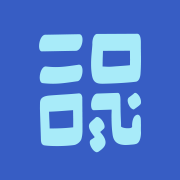 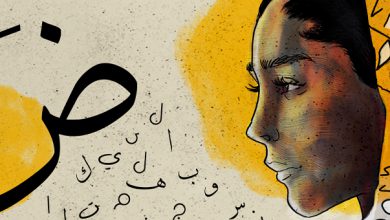