Mocha’s golden age started at the end of the 17th century. The demand for coffee had increased, and money was pouring in from all corners of the globe, attracting adventurers, coffee enthusiasts, and pirates looking for gold. This era witnessed a lot of bloodshed, up until Mocha lost the coffee monopoly. Yemen, being the only country producing this black gold, attracted the era’s global trading superpowers, who sought to secure importing monopolies. In an effort to destroy each other’s trade, global companies hired pirates who were loyal to those who paid the most.

The story started when the Ottoman Sultan sent an emissary to Yemen’s Zaidi Imam, Mohamed bin Ahmed al-Hasan, in 1718 complaining about the shortage of coffee in Turkish and Egyptian markets. This shortage was due to the increased demand for coffee in Europe: the French had imported one million kilograms in 1708, and a million tons by 1712; the Dutch had imported 800,000kgs in 1714; and thousands of tons were imported by the British East India Company. In Venice, Masqat and Bengal, the number of independent traders importing coffee soared. From the Indian Ocean, huge ships full of gold from Persia and India would dock in Mocha’s port, only to leave full of coffee; from the Red Sea, Turkish ships full of Circassian sex slaves to be sold in Mocha would also return loaded with coffee. Mogul trading convoys coming from Mecca carrying profits from the Haj season would stop in Mocha; and traders based in Mocha sent profits back to India on those ships. 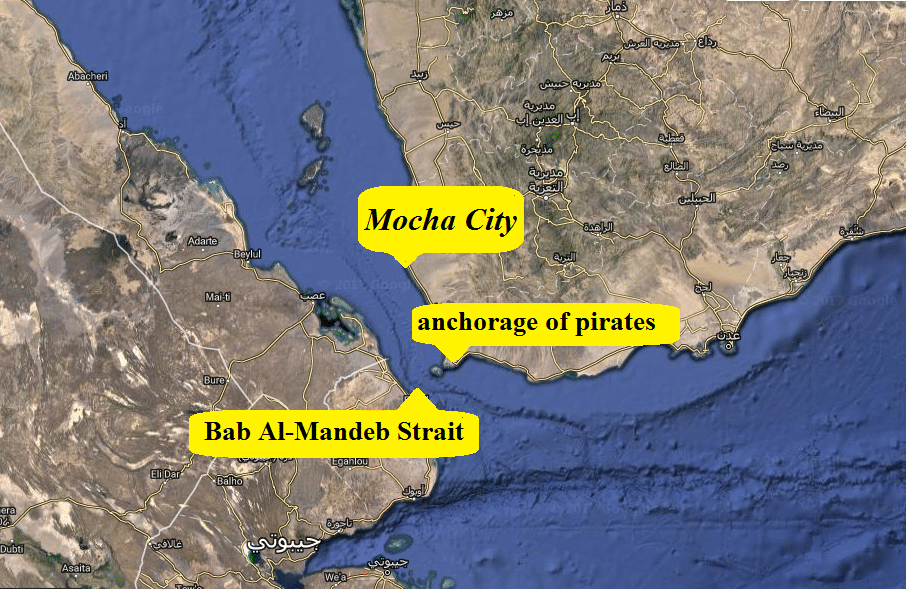 Although the British Empire hunted and executed many pirates, it was only as a consequence of British ships being targeted. Historically, there had never been pirate activity to that magnitude; it was the golden age of piracy. In the mid-17th century, many famous pirates moved from the Atlantic to the Indian Ocean, creating a pirate safe haven in Madagascar’s St Mary’s Island, while in Yemen they convened in a small anchorage near Bab Almandab strait, not a quarter mile long, later to be called ‘The Pirates Bay’: “Pirates would anchor their ships there to shelter them from south western winds”, noted Jean de la Roque (Voyage de l’Arabie Heureuse, 1715). Pirates strategically chose this anchorage for its proximity to Mocha, and the geographical advantage of Bab Almandab strait, which is only 15 miles across, rendering it easy to spot and for attacking ships, as opposed to the Indian Ocean where ships are harder to spot and can easily hide in the shallows. During this era, pirates regularly pillaged ships off Mocha’s port, with the most famous plunderer being Henry Every in 1695. 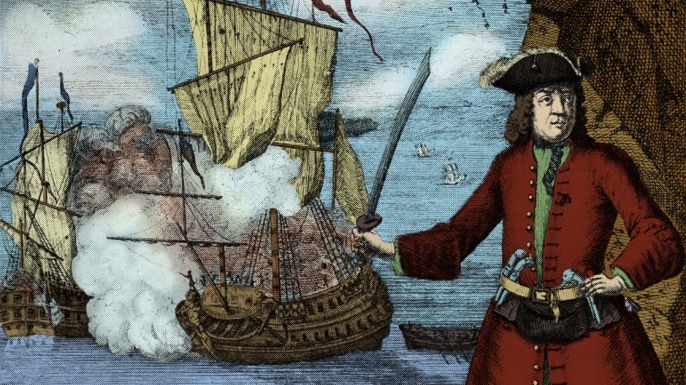 Pirates of fear and gold

After instilling havoc and fear in the America’s eastern shores, Every came to Bab Almandab strait from the Caribbean, accompanied by 500 pirates from his fleet. He established a command post on the volcanic island of Perim, located in the middle of Almandab strait, 35 miles off Mocha’s port. His ships formed a spiders web, waiting in anticipation for bounties coming from the city; all ships coming and going from Mocha were in danger of falling into this trap. At the time, a Mogul fleet consisting of 25 ships carrying Indian riches from Mecca left Mocha’s port, heading to the port of Surat in India. The ship Ganj-i-Sawai, equipped with 80 broadside canons and considered to be the Mogul’s navy jewel, commanded the fleet. On board Ganj-i-Sawai were Emperor Aurangzeb’s grandchildren, a large number of Circassian sex slaves, in addition to gold and silver estimated to be worth Rs600 million. Accompanying the fleet was the second largest ship in the Mogul navy, named Fateh Muhammed, carrying treasures worth another Rs600 million according to one of Every’s pirates, who was later executed. In addition, there was the ship Ranpura, owned by an Indian trader named Kampai, carrying treasures worth Rs1,700,000. Also escorting the fleet were an unknown number of ships belonging to the famous trader Abdul Ghaffar, who was singlehandedly competing with western companies. Looting this fleet was an opportunity for European companies to cripple the Indian trade, and potentially bring in the most lucrative bounty in the history of piracy. Pirates prepared for the raid, stocked ammunition, and plotted an attack; Every’s ships attacked the fleet and faced violent retaliation by the Moguls, until their defenses caved in. The Indian historian Khafi Khan wrote about the event saying, “When the fighting intensified, the Ganji-i-Sawai’s captain went below deck, freed and armed the sex slaves to fight the pirates”. The horror continued for many days; pirates killed all the men and children, women were raped, and some committed suicide, opting to jump overboard than to endure the terror. The pirates took what remained of the sex slaves back to Madagascar, including the emperor’s granddaughter, whom Every married and settled with in St Mary’s, according to British sources.

After the pirates succeeded in obliterating the Mogul trade with Mocha, and prevented French ships from entering the city, the British and Dutch controlled the Indian Ocean, monopolizing trading routes between India, Mocha and Europe. However, this monopoly was short-lived; the Mogul treasures encouraged pirates to revolt, starting with Henry Every, who bought more ships and guns in order to attack British and Dutch ships. Many pirates who were employed by these companies to attack French ships off the eastern Indian shores got greedy and headed towards Mocha, only to find British and Dutch ships. This was the story of Captain Kidd.

Captain William Kidd (1654–1701) came to Perim port with his crew two years after the Mogul plunder, and sent spies to Mocha. The spies sent word of a 15 ship fleet due to leave Mocha for India, without identifying its nationality. Three weeks later, the fleet left Mocha. While Captain Kidd was waiting to attack, he realized that the fleet wasn’t French, it was a collection of Dutch and Moroccan ships, and one British East India Company ship. This didn’t stop Kidd from attacking, because engaging with a Moroccan ship was within a grey area of British East India Company’s rules of engagement for pirates. Kidd sent his ships after a big Moroccan ship, ignoring three warning shots from the British. He pursued the fleet for a couple of days; his canons damaged the Moroccan sail and injured a trader, but he couldn’t prevail. After giving up, he sailed back and found another Moroccan ship, full of coffee, which he succeeded in defeating. Kidd continued his mutiny against the British East India Company and attacked many of its ships, declaring himself a free pirate.

The search for Treasure Island

No one knows exactly how much Henry Every looted from the Mogul fleet; some estimate the bounty to be worth $700 million today. This makes Every’s robbery in front of Mocha city the biggest piracy feat in history. After he was arrested and hung by the British Empire in 1698, finding his treasure became every pirate’s dream. Many searched for his treasure island, for the place he settled with his wife and kids. Captain Kidd managed to find some of Every’s treasure before getting caught and hung in 1701. In 2004 a French expedition discovered a 45kg gold bar thought to be from the Ganj-i-Sawai, from the wreckage of Kidd’s ship, close to Pirates Bay. 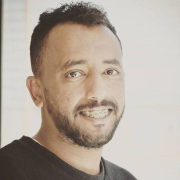