Despite developments in the conceptualization and practices of freedom in media, we live in an era of misinformation and biased representations in conventional media – such as television, print newspapers and the internet. What institutional media offers, today, in regards to social and political content does not provide representations that are relatable to the actual stakeholders, the majority of the people. Consequently, people tend to find alternative mediums that allow them to express their views anonymously, granting them safety from the tyranny of dictatorships that many people live under in many places around the world.

A meme refers to the unit of transmitting ideas. The concept began in evolutionary biology and ended up traveling between various natural, social and human sciences such as anthropology and cultural studies. The Greek linguistic origins of the concept refer to ideas and behaviors that transmit from person to person through mimicry. Today, youth use ‘meme’ to describe photos, videos and humorous texts that tackle a matter or an opinion online.[1] Until now, there has not been an Arabic translation for the word, and it is used in its English form, though some use the plural, memes, to describe the singular.

Memes found their popularity among Yemeni youth, especially during the war, which has created numerous issues, providing a fertile resource environment for the affectivity of such an artistic orientation. This, however, does not mean that this orientation is always derived from a clear or particular standpoint. As some meme artists expressed, many young Yemenis use this art without a particular vision or aim for any sort of mobilization. In cases like these, memes do not exceed being a skill employed in satirical venting about the current situation in Yemen – where the main objective is laughter!

The spontaneity young people exercise when they create memes is what makes the content closer to the collective perception and consciousness of reality for audiences. For this reason, memes can constitute a profound subject for academic research. Professor of Digital Cultures, Richard Clay, says: “In 50 years time historians will be looking at the memes that were being produced during Brexit or the Trump campaign and they’ll be using it as evidence to give us an insight into how people thought about these struggles at the time.”[2]

Creating memes in Yemen is, most of the time, limited to individual efforts. This limits Yemeni memes in terms of the number of produced memes, variety and outreach. Sanah Memes – Memes Gravy is a Facebook page that contains the majority of Yemeni memes. ‘Sanah’ is a colloquial Hadhrami Yemeni dialect that means gravy, which may refer to the focus of the page where it brings several memes together, the way several components melt in gravy. The Yemeni Facebook page is created and managed by a group of amateur artists from various political and religious affiliations. They share what their talents produce under either their real or pseudo names. The page displays the different memes in what seems to be an unconditional manner, without any censorship or red lines. This could explain the significant contradiction between one meme and another.

When you take a quick glimpse at the content of the page, you will find young people who exchange opinions that touch upon distinct issues on sub-national, national, regional and global levels. The page has created its own style, using colloquial Yemeni dialects and local images in the content. This has enabled the page to tackle popular issues that Yemeni society encounters, including political differences such as religious orientations and traditional structures, among many others.

One example is a video posted during the recent events in Aden, when the Southern Transitional Council mobilized against Hadi’s government. The video deals with this crisis in a simple and humorous way, and yet portrays the impact of this event on the overall conflict in Yemen and the parties to this conflict. This video is considered one of the most popular posts on the page, in terms of interactions, with 5,500 views and a considerable number of comments and shares. Such popularity can perhaps be due to the ambiguity of the political situation, which the video succeeded in reflecting and followers found relevant.

Still, the level of interaction on the page varies depending on the content of posts, especially those that discuss religious points of view or sexual tendencies as well as those concerning social class or caste. A considerable number of memes provide ambiguous content when it comes to particular social, political or religious standpoints. This type of content seems to disturb some of the followers of the page, for the potential they carry in crossing sacred red lines for some recipients of such content.

The page has other unified accounts on other social media platforms, where the majority of memes are published with copyright attributed to the individual creators. Such documentation of individual memes while compiling them in unified spaces makes the study of memes accessible, unlike memes that are created and mainstreamed individually through hashtags or instant messaging applications like WhatsApp, where outreach is more limited and easy to lose track of.

Nowadays, research that depends on memes as primary or secondary sources of data can be found all over the Internet. Memes have succeeded, especially, in providing content for social research that studies ‘impact’ as well as conducting polls. The spontaneity of creators with their memes content as well as anonymity and absence of copyright frameworks are among the factors that qualify memes as unbiased sources of data. The satirical nature in tackling social issues is what makes memes go viral, even when they carry negative content – due to the fact that memes are free from institutional organization and restrictions. Simply, a meme is put out there to spread and be interacted with either positively or negatively in virtual spaces in ways that provide a real interactive source for polls in any given society.

These are images of real people! Perhaps the negative aspects of such an art may be overlooked when the focus is on the utility of memes for data collection. This, however, still does not deny that certain uses of images in some memes could amount to a crime. The freedom provided in this arena has opened the gates, in some cases, for waves of bullying and prejudice against individuals, groups and entire communities. It is not possible to track the meme’s creator once an anonymous meme is shared thousands of times online! Memes use images of people in situations and positions they may not consent to, being shared and used in this way. In Yemen, I have seen images of Africans and Asians used in memes with racist content that may not have even been considered by the memes creators. People who appear in such content, and do not consent to such appearance, have no access to giving or withdrawing consent whatsoever.

European legislators are currently trying to find a way to ban the use of visuals, including memes, in online content without copyrights recognition. However, this legislation has not found its way into practice yet.[3] Additionally, this art remains a patriarchal arena where female meme creators continue to be subject to bullying. The patriarchal mentality still finds it difficult to accept young women’s existence, as practitioners and audience, in an art that involves visual and linguistic content perceived by the patriarchal gaze as ‘obscene’ when used by women and ‘less obscene’ when used by men.

Between legislators and social researchers, the urging question here is whether we can we overlook the rights of those who are violated by such an art, to compile an enormous database that could change the fate of social sciences and understanding of marginalized groups experiences? This ethical question remains hanging. Memes, however, continue to spread as we wait for a comprehensive answer to this ethical question.

Ali Al-Batati is a cultural activist, interested in law, politics and sociology. 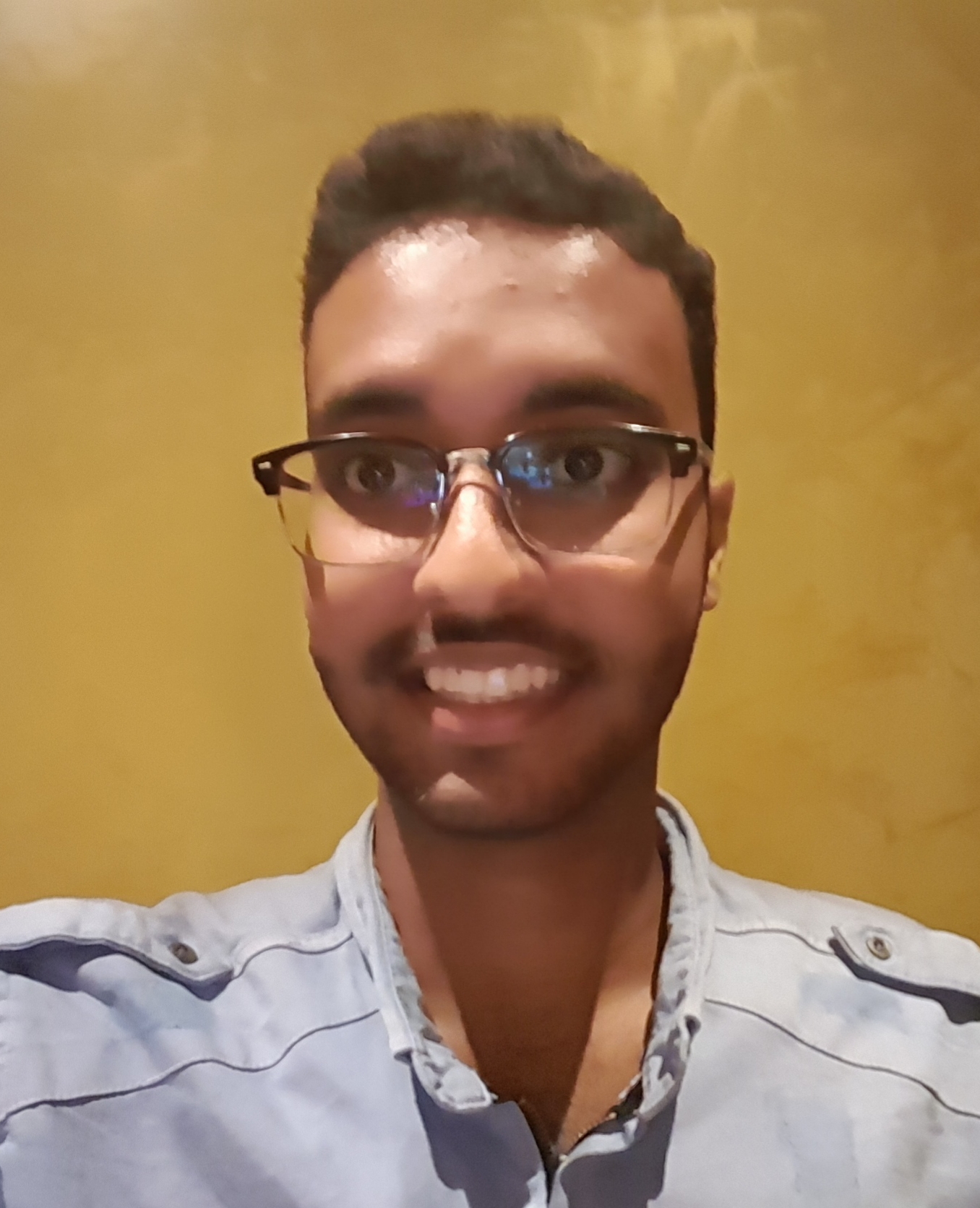 The Chemistry of Rumors in Yemen: The News and War… The News in War

The Chemistry of Rumors in Yemen: The News and War… The News in War 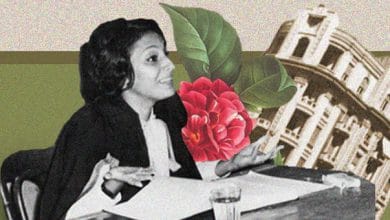 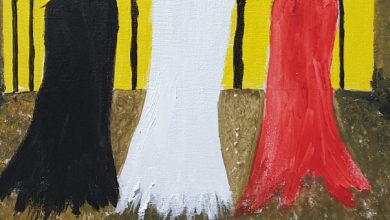