Historical annals are an Arabic writing genre that became popular from the time of the Mamluk Sultanates in Egypt and the Levant. In Yemen, some nineteenth century historians documented the country’s political events in this mode. One of the salient features of these writings is the obvious ideological inclination and prejudice of the author.

In his book, The Sheikh of the Night: The Souks and Society of Sana’a, Franck Mermier says: “These Annals were written by Zaidi authors who were supporters of the legitimacy of the Imamate, therefore they are not free of dogmatic biases that inhibit acquiring a clear vision of the political conflicts for which the city was the stage and the prize.”[1] And it seems that the significance of this idea motivated Mermier to reemphasize it in his study, The Sana’a Commune: Urban Authority and Religious Legitimacy.[2] Mermier describes the writers of the annals as “Zaidi supporters of the Imamate”, and it is possible here to define the historian’s inclination as “the general inclination towards the doctrine”.

The contemporary Yemeni historian, Muhammad bin Ali al-Akwa’, approaches the matter in a more detailed manner when he argues, in introducing one of the books of these annals, Unknown Chapters of Yemen’s History: “Indeed, each state’s historians would view events and facts from the narrow angle of those whom they praised, so they would only see the truth in them and with them, even if they do wrong, and they would not value anyone other than them even if they did well. This is because such historians would write under the influence of loyalty to the creed or doctrine of their King or Imam.”[3] At the end of the text, al-Akwa’ mentions the impact of the annals’ writers’ loyalty to ideology.

Al-Akwa’ expresses the special relationship between the two parties by using the linguistic possessive structure “their King or Imam”. But, at the beginning of the text, he is more specific when he refers to the annals’ writers as “state historians”. In other words, he identifies the historian’s position as exposing more specific inclinations than a common doctrine between the historian and the subject they are writing about. In addition, al-Akwa’ confirms the relationship between the two parties by describing the subject of the writing as “the one they are praising”. Further, al-Akwa’ states that the writer of this kind of historical record has renounced the openness of assumed neutrality and confined themselves to the narrow frame of their subjective perception of the ruler. In doing so, al-Akwa’ identifies this genre, or the basic purpose of these annals, as praise. The concern about the annals is that they are not created by a historian documenting history, but about a relationship between the person giving praise and their subject.

In this article, we choose one of the annals for a detailed analysis of its apparent bias, and how they overlap, as they are often more specific than a shared doctrine between the historian and the Imam; and sometimes more general than a historian’s inclinations towards his contemporary king or Imam. The matter can also be confused with other issues that have regional and social dimensions, or what might be described as political inclinations overlapping with other less important inclinations.

The Yemeni Annals and their author

The book Yemeni Annals: Yemen in the Nineteenth Century A.D., edited by Abdullah Muhammad al-Hibshi, was first published in 1980. Subsequent editions came out, including one published by Dar Elhikma in 1990. The editor did not confirm the author’s name on the book’s title page due to the debate over the author’s identity, something that al-Hibshi pointed out in the introduction of his version. The book is 575 pages and is divided into two sections, with the first section ending with the statement, “in the month of Ramadhan of that year 1288, died the historian, who was the most famous role model, the great, honorable, and intelligent judge and scholar, and one of the carriers of the sciences, in their shape and content, Judge Muhammad Muhsin bin Ahmad Al Harazi”.[4] This part is around 270 pages (if one excludes the introduction). The second section is made up of 285 pages, and it is, according to al-Hibshi and another editor, Hussain Abdullah al-Amri, written by Ahmad Abdullah al-Zubairi, whose name is written on the manuscript’s title page.[5] In this article, it will be enough for us to focus on the first section, the one by al-Harazi, because the bias is clearer than the second section.

If we try to discover something about the personality of the author, Muhsin al-Harazi, through his annals, we find some clues, the most important of which might be reference to his position and work. After describing the oppression of a minister, Yahya bin Muhammad al-Sahwali, he says, “and these horrible acts [are happening] while the ruler of the rulers is looking away, while the rulers under him, including ourselves, are powerless in front of this sinister oppressor, and whoever protests the evil is punished.”[6] This statement confirms that the author is one of “the rulers” who are in a second rank position after “the ruler of the rulers”, which means that al-Harazi was among the civil servants in the judiciary. This takes us back to what al-Akwa’ indicated: some of the annals’ writers were “state historians”, although the relationship here does not mean that a historian would write their records in an official state-sanctioned capacity. What it means is that the historian’s affiliation is to the political elite, and the emphasis is on their relationship with it.

We find in another part of the annals, after lengthy praise of Imam al-Hadi, “this is through experiencing his company for years and months in all times”.[7] However, this extract occurs within a larger text that was put between parentheses by the editor, indicating an addition or change to the original text. The editor pointed out that al-Zubairi had made additions to the original text attributed to al-Harazi.[8] If the writer of the statement above was al-Harazi, then his proximity to al-Hadi for years is evidence that he was among the civil servants who obtained a close proximity to him. And if the quote was by al-Zubairi, then it shows that the writer of the second section and whatever was added to the original was also a member of the elite.

Finally, the Yemeni Annals were written in a language in which the standard classical Arabic is mixed with the Sana’ani dialect. Its author does not adhere to the usual normative grammatical rules, such as putting the subject in a nominative case and the direct object in an accusative case, and so on. And the agreement between the adjectives and the nouns is sometimes presented in the Sana’ani dialect, not in standard Arabic.

In the next part of this article, we convey the citations as they are, and if the citations include some of the Sana’ani dialect that need to be clarified, we do so with footnotes or parentheses. We also point out that some errors and oversights have occurred in the edited version. 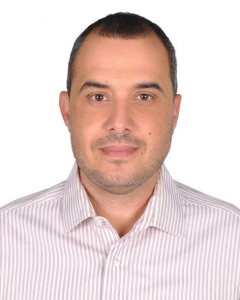 Khalid Abdulhaleem al-Absi is a Yemeni writer, poet and academic. He got his Master’s degree in Arabic Language and Literature from Sana’a University, then got his Ph.D. in the field of linguistics from the College of Languages in Sana’a University. His Ph.D. thesis was on Monosystemic Principle and Its Effect on Arabic Grammar. Al-Absi has published a number of books: Stress in Arabic (2010), and two travel books, A Trip to Cuba (2010) and A Yemeni in Southeast Asia (2006), a story collection, Wa Alam Adha’at Hasrataha, and ‘Pains that Lost their Magicians’, which won the Dubai Cultural Award in 2013. Khalid is a member of the Yemeni Writers’ Union.

[1] The Sheikh of the Night: The Markets and Society of Sana’a. 2005. Translated by Muhammad Al Subaidali, Randa Ba’th. (Damascus: Qadmus for Publication and Distribution) 2005: 48

[4] Yemeni Annals, from the year 1224 to 1316, (or Yemen in the Nineteenth Century AD), reviewed and extracted from the historian’s draft by Abdullah Muhammad Al Hibshi: Dar Al Hikmah Al Yamaniah: 1991: 290

[7] Yemeni Annals: p. 270. With the word ikhbari in the original Arabic text, it seems that he meant khibrati, meaning ‘my experience’, or it could mean ikhtibari, meaning ‘to test me’. The original also says masnin instead of the Arabic sineen for years. The most likely is the meaning put forth. 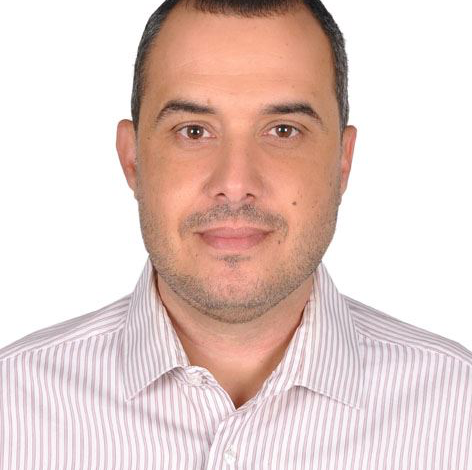 A Yemeni writer, poet and academic. He got his Master’s degree in Arabic Language and Literature from Sana’a University, then got his Ph.D. in the field of linguistics from the College of Languages in Sana’a University. His Ph.D. thesis was on Monosystemic Principle and Its Effect on Arabic Grammar. Al-Absi has published a number of books: Stress in Arabic (2010), and two travel books, A Trip to Cuba (2010) and A Yemeni in Southeast Asia (2006), a story collection, Wa Alam Adha’at Hasrataha, and ‘Pains that Lost their Magicians’, which won the Dubai Cultural Award in 2013. Khalid is a member of the Yemeni Writers’ Union.